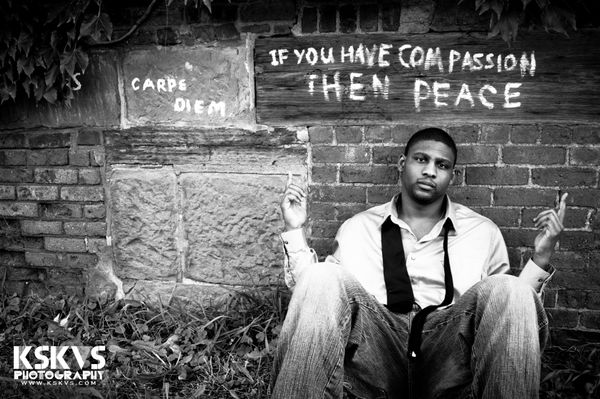 Saiah’s passion for innovative wordplay is a defining part of his life. His style reflects his diverse respect for all avenues of music, with influences from legends like Stevie Wonder and Marvin Gaye to hip hop icons like Common Sense, Nas and Tupac. His smooth vocals and fusion of pop, hip-hop and R&B with creative wordplay and hip, original beats gives his music a flare that has music lovers from all genres gravitating to it. This broad appeal has attracted attention from event organizers, DJ's, and listeners all over the world. Saiah has opened for Lil’ Kim, DMX, Ghostface Killa, Sheek Louch, and Saigon, performed at GreekFest in New York along side artists such as Lil Mama and Neyo, the Pepsi Music UP FAMA Peace Festival in Guatemala City, Guatemala, and continually at the ING Marathon in NYC and Macy's Charity Event, as well as being a part of multi-city tours hosted by different organizations. Saiah brings energy and excitement to any event he is on stage for.

In addition to his musical talent, Saiah has a degree in Recording Arts, expanding his talents to producing and engineering. His high energy, interactive stage presence and musical talent, coupled with his producing and engineering skills, makes Saiah a well-rounded, diverse artist, giving him an edge in today’s industry. With three independently released albums already under his belt, EVOLUTION, WHO?, and HIDDEN TREASURE, Saiah is currently in post-production on the fourth, WORK IN PROGRESS, to be released later this year. Singles from all albums have been made a part of the repertoire of various internet radio stations, college radio stations and DJ's around the world while hits like “VIP” and "Turn Back" from his upcoming release are increasing the reach of Saiah’s growing fanbase. He has been interviewed for Skope Magazine, Neufutur Magazine, Vents Magazine, the Independent Music Awards, Global Rhythmz Radio, The Underground Experience Radio, and more.

Saiah’s passion to get involved, his love for community and desire to give back is reflected in the many different charitable events he participates in and organizations he works with, both locally in New York and across the Globe. Events include the American Cancer Society's Relay for Life, the annual Macy's Charity Event, various back to school drives as well as toy and food drives for the holidays.  His intense love of music, gregarious personality, and powerful messages are inspirations to all of Saiah’s listeners, including other artists. The incredible diversity of his audience is a testament to all his talents and his potential to capture the imagination and souls of the American audience. His music appeals to people from all walks of life and his positive message is one all races and cultures can relate to giving him something that will change the way that Hip Hop is perceived.